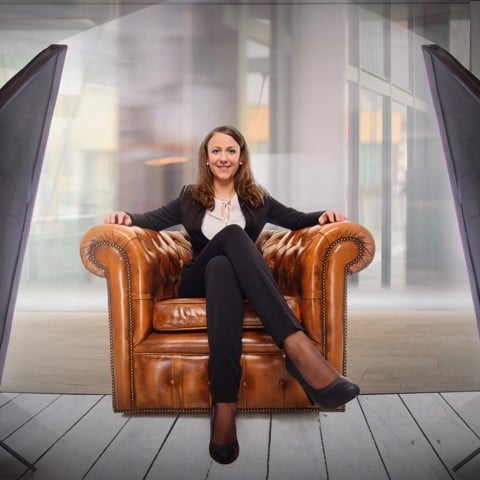 A research on gender equality in recruitment conducted by NMK LLC, a Vietnam market research company, under commissioned by ILO, a member of UNDP, surveyed on 12,300 job advertisement and thousand employees about sex-based discrimination on recruitment and promotion in Vietnam.

As the world is witnessing women’s ever increasing participation in the labour market, Viet Nam has enjoyed long an enviable position with a high female participation rate in the labour force. About 73 per cent of Vietnamese women are part of the labour force (one of the highest figures globally), against 82 per cent for men. This gap (9 percentage points) is relatively low in comparison to the global average of about 25 percentage points.

Despite accounting for nearly half of the labour force, working women in Viet Nam are still under-represented in top business management. The International Labour Organization’s (ILO’s) 2015 report entitled “Women in Business and Management: Gaining Momentum” shows that Viet Nam ranks 76th out of 108 countries in proportions of female managers. Women’s limited access to decision-making positions could be the result of various sex-based discrimination practices at the workplace, starting from recruitment process, through difficulties in balancing work and family life, to training opportunities and promotion.

To look into this issue, the ILO in Viet Nam in co-operation with Navigos Search conducted a review of 12,300 job advertisements in Viet Nam’s four largest job portals, backed up by two online surveys – one with employers and the other with candidates for mid-career posts. The research aimed to find out whether sex-based discrimination exists in hiring practices, working conditions and promotion at the workplace.

Sex-based discrimination at the workplace is prohibited in Viet Nam through a number of legal documents. The 2012 Labour Code protects “the female employees’ right to work on the basis of equality” and requires employers to “ensure the implementation of gender equality and measures to promote gender equality in recruitment, employment, training, working hours and rest periods, wages and other policies”.

The Law on Gender Equality also stipulates that men and women should be treated equally in workplaces, in terms of recruitment, wages, pay and bonus, social insurance, working conditions, training and promotion.

In addition, clear goals to ensure non-discrimination at the workplace, including the equal shares of new jobs for men and women, or the reduction of the burden of family responsibilities on women, are included in the National Strategy on Gender Equality for the 2011-20 period.

While the laws and policies provide a sound legal framework to protect women and men from sex-based discriminatory practices, the real practices in the labour market are a different story.

While job advertisements should avoid any mention of gender as this implicits a direct form of sex-based discrimination, the data suggested that such a practice be common in Viet Nam. By doing so, the qualifications and competencies requested for the post are played down by sex-based prejudices.

The review of job advertisements posted on VietnamWorks, JobStreet, CareerBuilder and CareerLink between mid November 2014 and mid January 2015 found that one in five job postings included gender requirements. Among the job postings that advertised a gender preference, 70 per cent specifically requested that the positions be filled by men whereas only 30 per cent wanted female applicants.

Among the sex-preferred postings, men were most often called for more technical and highly skilled jobs or jobs that require more outdoor activities such as architects (100 per cent of sex-preferred job ads requiring men), drivers (100 per cent), engineers (99 per cent) and IT persons (97 per cent).

Meanwhile, women were often preferred for office and support work such as receptionists (95 per cent), secretaries and assistants (95 per cent), accountants, human resources and general affairs (70 per cent).

In the survey with employers, one in five companies admitted that female employees are clustered around certain job functions. They include accounting, office work, general affairs, and human resources.

Overall, the findings from job postings review and employers’ survey indicate the existence of “glass walls” resulting in gender segregation by occupation and job functions. The majority of occupations where male workers were preferred are higher-skilled and better paid than most of those for women. By advertising gender preference, women and even men’s access to certain types of jobs is restricted, therefore they are deprived of important opportunities in the labour market.

Gender segregation by positions was also reinforced by the reviewed job advertisements for managerial position. Up to 83 per cent of required male applicants. Specifically, all of the director posts were exclusively for men. The gap was also found at other management positions including managers and supervisors where 78 and 87 per cent of job ads only accepted male candidates.

Despite an increasing number of studies world-wide demonstrating positive links between women’s participation in top decision making and business performance, there is a long way to go for Viet Nam to achieve true gender equality in the workplace, especially when it comes to top management positions.

Findings from both the employers’ survey and that with candidates for mid-career posts reveal the factors that employers take into consideration during job interviews.

Apart from academic qualifications and work experience – the two most important factors when it comes to recruiting decisions, two thirds of employers ask questions about the applicants’ availability to work . Up to 43 per cent of them want to find out the marital status of the applicants and 30 per cent seek for the information on the candidates’ future plans to have children.

However, the survey with candidates for mid-career posts showed that only 8 per cent of male professionals were asked about their future plans to have children in their most recent job interview, compared to 31 per cent of female candidates. Similarly 18 per cent of the women received the questions about family responsibilities, while this rate was 13 per cent among the men.

The findings suggested that employers do not prefer to recruit women who plan to have children in a near future, fearing that their reproductive role could affect the company’s costs and performance. In addition, the perception that women, not men, bear the main responsibilities for housework, childcare and the care of other dependants is an important factor in hiring decisions.

This was reinforced by the fact that 74 per cent of employers saw women as “more likely to have family obligations relating marriage, child care, and/or elder care that limit their contribution to company goals”, whereas 25 per cent saw no difference between women and men and only 1 per cent thought men are more likely to bear those burdens.

Similarly, three in five employers said that men are “more likely available to work outside traditional working hours”, compared to only 5 per cent in favour of women.

The fact that in many cases, women’s access to certain jobs be restricted on the basis of their reproductive role and/or main responsibility for childcare and the care of other dependants serves an urgent need to create an environment that promotes work-life balance. In such an environment, the preference of the employers would change.

Building up a gender-sensitive environment is a priority

The survey with the candidates for senior positions, who are often at least 28 of age and in their mid-career, showed that the majority of them did not perceive sex-based discrimination once landing in their job. However, there remained rooms for improvements in this area.

Most of the mid-career females said they have never had a problem in getting a salary increase due to gender. Only 8 per cent of them reported that they did not get a pay rise because they are women. This finding is in line with the fact that gender wage gap is relatively small in Viet Nam, at 9.4 per cent, as globally women’s average wages are between 4 and 36 per cent less than men’s.

Two thirds of the interviewees believed that women and men have an equal chance of being promoted in their company while the rest said sex-based discrimination existed in the promotion process. When asked whether they have been denied a promotion because of their gender, 18 per cent of the female interviewees said they were a victim, in comparison to 63 per cent never in such a situation and the remainders did not have an idea.

When it came to promotion decisions made by employers, the most important factor was the performance of the worker, followed by the length of service, which suggested a degree of fairness.

Maternity leave and reproductive role could also result in the discrimination against women in promotion prospects. Although the Labour Code clearly requests the maternity leave period to be counted as part of the length of serviceWith the length of service being the second most important factor when employers make promotion decisions, this will certainly be a big disadvantage for women to climb their career ladder, especially after the extension of maternity leave from four to six months at the start of 2014.

Findings from the mid-career candidates’ survey, however, indicated that the majority of female workers did not believe to have their promotion process affected by their reproductive role. Only more than one in five of them was passed over for a promotion because of their maternity leave. While the laws protect the majority of women from any discrimination on the basis of maternity leave, some are still affected. One in ten interviewees witnessed their co-workers being fired upon returning to work after giving birth and 8 per cent saw their female colleagues being placed in a different position with a lower salary than her previous one.

In terms of working conditions, 87 per cent of the interviewees reported that their company has separate bathrooms and toilets for male and female employees, which is compulsory in the Labour Code. This shows a relatively positive outlook as providing separate toilets is a minimum requirement to ensure occupational safety and health.

The 2012 Labour Code also for the first time outlaws sexual harassment at the workplace, which is a form of sex-based discrimination and mostly happens to women. However, up to 17 per cent of the interviewees in the candidates’ survey said whether they or someone they know have been asked for “sexual favours by a superior in return for some kind of workplace benefit”. Findings from the survey also indicated that half of the companies do not have a policy prohibiting sexual harassment as required.

Two thirds of the interviewees also did not consider their company to be “family friendly”. It means that their employers did not have any policies and practices to help employees manage their family responsibilities and cope with the changing circumstances.

The bigger role of women and towards a discrimination-free workplace

Supporting women and men to build up and advance in their career is not only an issue of gender equality but also makes good business sense.

Women and girls receive almost half of all educational resources around the world, thus representing a significant proportion of the available talent pool. In Viet Nam, UNESCO data indicate that among those with tertiary education, women always outnumbered men in the period between 2007 and 2011.

There is also evidence of the benefits to business of tapping into the talent pool that women represent including being in tune with a consumer market increasingly driven by women. As women control household budgets and financial decisions and their purchasing power has increased, they are significant consumers and clients of products and services. Therefore, decision-making roles in enterprises should be represented by both women and men.

Therefore, promoting the sex-based diversity in different occupations and job functions is key to increase companies’ productivity and competitiveness, thereby seizing the economic and social benefits of the country’s deepening integration.

Discrimination between men and women in Viet Nam has deep social roots which cannot be removed simply by laws, policies or any one specific measure. Some recommendations to help narrow down the existing gender gap at the workplace include:

Fighting sexual harassment at the workplace by endorsing a national Code of Conducts and including this in company policies.